Perfect for working out, or just as your everyday watch band. At this price you can have a different one for every day of the week!

*length without an Apple Watch attached

Orders ship from our Brisbane warehouse via Australia Post Parcel Post, and delivery times are in the following ranges:

Orders over $75 will be upgraded at no cost to Australia Post Express Post, giving 1 - 2 business day delivery for most customers in Capital Cities of Australia (for orders received before 11am AEST).

Due to COVID-19 and the lack of international flights, we have temporarily suspended all international shipments except for customers in New Zealand. For NZ customers the current delivery timeframe is now 10-15 business days. We apologise for any inconvenience.

For customers outside of Australia, orders will be shipped directly from our Australian Warehouse, with typical delivery times in the following ranges:

Mod Bands offers easy and hassle free returns. In the event that you order the wrong size or colour, or simply don't like the band you received, you have 30 days to return it (providing it is unused). Return shipping costs are at the customer's expense.

Just contact our support team at customerservice@modbands.com.au if you wish to return your order, and we will supply you with a Return Goods Authorisation (RGA) number, as well as all the return details.

For returns we can offer a replacement item, store credit, or a full refund (note that refunds will only be processed to the payment method originally used for the purchase).

Should your product be defective, damaged, or you have been sent the wrong item, we will happily exchange or refund the product. Mod Bands will cover the return shipping in these circumstances.

We have a 3 month warranty on all our bands. For faulty bands we can offer a replacement item, store credit, or a full refund (note that refunds will only be processed to the payment method originally used for the purchase).

Should you wish to make a warranty claim please contact our support team at customerservice@modbands.com.au we will be only too happy to assist in resolving your issue.

I bought the red and beige bands.
They fit well, comfy to wear.
Look good and happy with the quality.

When I bought these bands mid last year, my initial thoughts on them was “wow, I can’t tell the difference between these and apple’s”. A little over a year later I’ve noticed my most used bands have lost there soft touch making them feel sticky on you wrist and uncomfortable when you lay your arms on a desk. Their colour has also faded in the parts which would contact the surface the most. Comparing this to my original apple sport band, the apple band has a few scratches on it but the colour is still the same, it’s still smooth and soft to wear. I’ve had this band for nearly 5 years and it has been my main band. Overall, if you want a colour you’ll wear occasionally, modbands’ is definitely worth it but if you want a band to wear often, I recommend investing in apple’s own band. At least then you’ll be happy with the purchase years later.

What a comfortable, perfect watch band. Soft silicone and clips into the watch perfectly. Matt black, sexy and stylish. Thanks so much :) 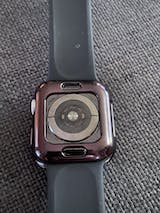 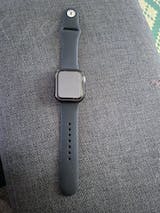 J
Jane B.
Great addition to my watch bands

This I such a cost effective and versatile band which comes a great array of colours. Quick delivery and good price

I brought so many bands in addicted to change

Love my new bands order a few different colors. Was easy to attach to my watch and the bands are identical to my apple band. Would recommend this item.

These bands are extremely comfortable & allow you to adjust the band to fit your wrist perfectly. The colour range is great & the quality of the band is way better than l thought it might be for the price. These bands are the same excellent quality as the Apple band that came with my Apple6 watch …… without the huge price tag Apple charge for their replacement bands. I’m extremely happy with the band l bought & l will definitely buy more.Thank you for supplying excellent quality bands at competitive prices.

Sign up to receive exclusive member offers, information on new products, as well as the latest news from Mod Bands. New subscribers will receive a discount code for 10% off their first order.

Use this popup to embed a mailing list sign up form. Alternatively use it as a simple call to action with a link to a product or a page.

By clicking enter you are verifying that you are old enough to consume alcohol.

Your cart is currently empty.